MONEY BACK
30 Days Money Back Guarantee

FREE SHIPPING
For orders of $100 or more

SPECIAL SALE
10% off on all items 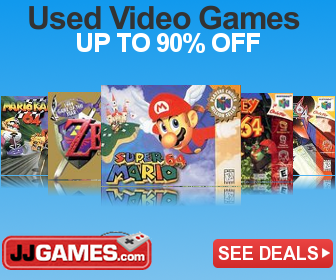 Oh Voltron: A show that combined the aesthetics of the Power Rangers, Transformers, and…
See More Posts

Check out our huge selection of
original 80's toys!

Collecting Nostalgic and Valuable Toys from the 80s

“I’ll be back.” This is the Terminator’s famous line. Who knew that the sentiment would apply to all of our favorite 80s toys?!

Big Wheels and bowl cuts aren’t the only things remaining from the 80s. The era fueled a treasure trove of classic movies, cartoons, toys, and more.

Get ready for a blast from the past as we remember (and collect) some of our favorite memories once again!

Nobody Puts Baby in a Corner

Whether you’ve been perusing local garage sales and thrift stores or you’ve been raising your own children, odds are you’ve noticed several 80s toys making a strong and exciting comeback.

From Care Bears to My Little Pony, many of our childhood favorites are resonating with new audiences and being scooped up by those wanting to reminisce.

Heck, even Teddy Ruxpin got a makeover, but he’s a little creepy now. Don’t you believe me? Just check out 0:37 in this video here: www.youtube.com/watch?v=iAXoRruMeTU. Those eyes will haunt my dreams.

With one blockbuster hit after another hitting the silver screen, demand and excitement for 80s toys is going nowhere but up.

This has brought collectors out in force.

Collectors can be those of us who hang on to our inner child just a little longer, who had that one toy that was incredibly sentimental and sparked a collection, or simply wondered if one day, they would be rich from selling something. Those of us who found our favorite action figures tucked away in the attic while making room for storing our own children’s memories, and now, those of us who are revisiting our childhood, filling up with nostalgia, or simply picking up a new hobby.

When it comes to retro, no decade stands out quite like the 80s. Back then, everything in pop culture was great—the toys, the cartoons, the 80s rocked. We even came away with some totally tubular lingo.

The 2010s have seen a massive resurgence of popular 80s memorabilia. Some from remakes but quite a bit from the original sales. Some collections started back in the 80s when the toys first found their new homes, but others are hunted and gathered with fierce dedication.

What 80s toys count as collectibles? Most of them, honestly, but the more popular tend to include:

While the above represents some of the more popular toys in the business, it is by no means extensive or exclusive. Not by a long shot. Even some of the lesser known toys and memorabilia can be worth a lot of playdough given the rarity.

Collecting can often be a giant game of The Price Is Right. Researching values, hunting bargains, or finding out if something you hoarded from your childhood might help you finally pay off those student loans.

80s toys can include anything from our favorite TV shows or cartoons to popular toys from the time. You can find Cabbage Patch Dolls on internet sale sites for over $300; Teddy Ruxpin is over $400.

For many, however, collecting isn’t about the money. It may be the memories and nostalgia, or it may be something else entirely. Collectors around the globe have their personal reasons for what they collect and why.

If you want to get into collecting, you’ll need to practice your due diligence. Many items from a personal seller are a risk. Research who the seller is, check out their reviews, and try to meet in a public space (or have it mailed to a secure address). Research the value of the item you are looking at and make sure you aren’t getting scammed. Just remember the Press Your Luck mantra: Big money, big money, no whammies!”

By the Power of Greyskull!

Collecting isn’t just the pastimes of hoarders and pack rats. If you really care for your collection and are careful with budgeting your expense, it can be an amazing pastime. Hobbyists everywhere love to sit and chat about their passions, including toy collectors.

Anyone can be a collector, whether you’re bidding top dollar on eBay or scrounging the Goodwill discount bin. We all start somewhere. In fact, GI Joe would argue you started just by learning. After all, “Now you know, and knowing is half the battle.”

We wish you the best in your own collector journey! Welcome to the family.

Distinctively known for their bloated heads and slightly disturbing faces, yet somehow endearing with their soft appearance and huggable form, if there’s one doll that could define the ‘80s, it…
Read more

Oh Voltron: A show that combined the aesthetics of the Power Rangers, Transformers, and Thundercats all into one, it’s also a show that has irreparably impacted the lives of…
Read more When looking back at the ’80s, you might immediately notice garish colors, crazy clothes and hair, and off the charts commercialism. But if you look a little closer, you can…
Read more
See More Posts