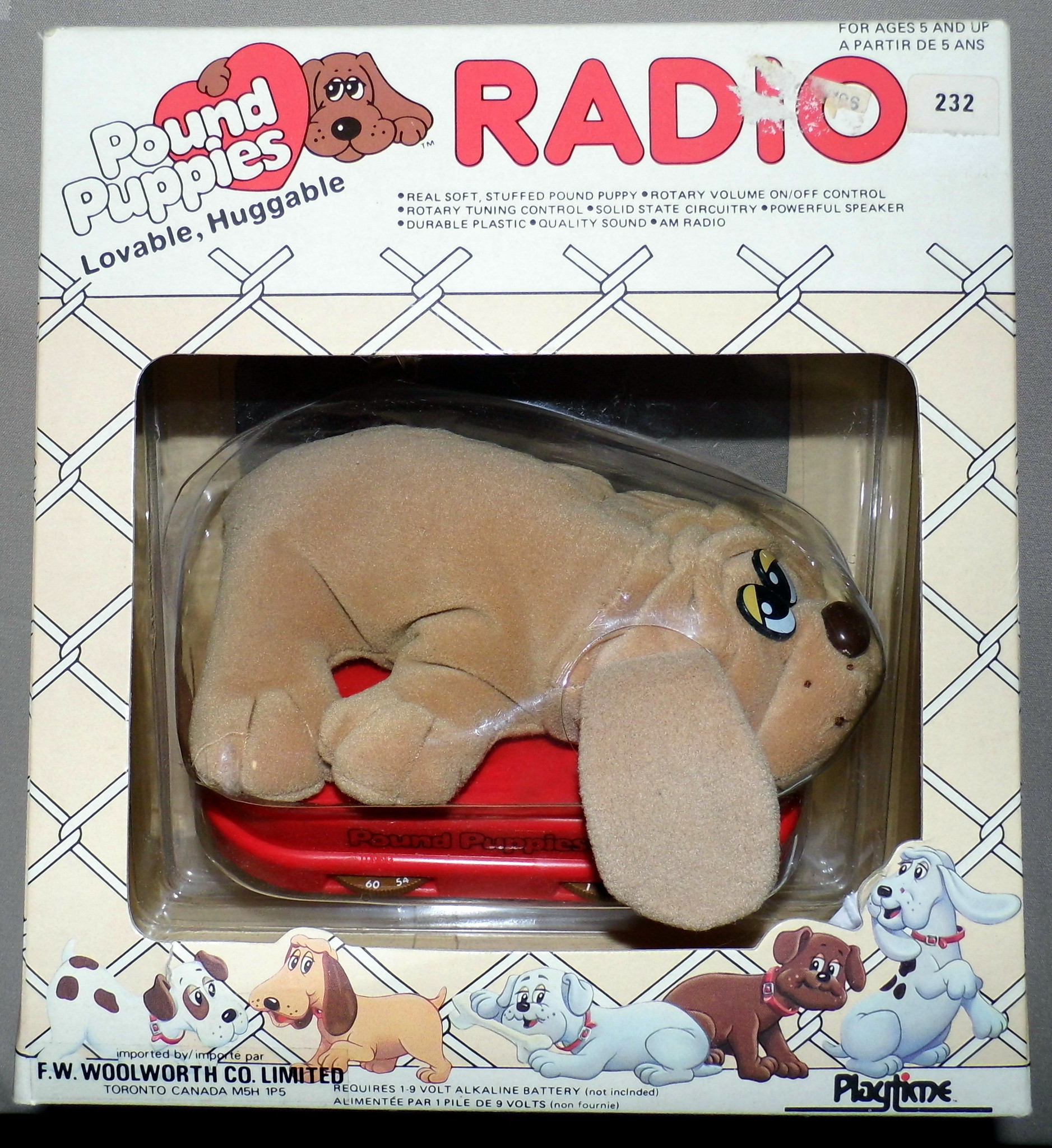 A reliable option to fall back on for rainy days, listless sleepovers, and when you just want to stay at home and relax, board games don’t need much but eager players and a good amount of time. Though the world’s first board game dates back to the era of the Ancient Egyptians—as far as 3,500 BCE—board games have evolved to a point where some of the largest icons in pop culture today stem from the board games we grew up playing. While there is a large plethora of board games to choose from, in this article we round up the best ‘80s board games, and especially for those curious collectors, dive in detail about the possible return investments for selling your original copies.

Lumped with Mario Kart for being the ultimate breaker of friendships, Monopoly is a must for any list of best board games—leaving out this monumental board game from any applicable board game list would be almost heretical. As a board game created in the 1930s and used even by the British Secret Service to support POWs captured by Nazis during WWII, Monopoly technically can’t be solely considered as a 1980s game though it did see a fair amount of (legal) action during that decade due to a parody version of it released by San Francisco State University professor Ralph Anspach. In fact, it wasn’t until the 90’s when Hasbro finally acquired the game and its owner, the Parker Brothers.

Some can argue that Monopoly trains young’uns early in the art of the capitalist venture, but if you were lucky enough to own/use a vintage set of this game, primarily the original version from the 1930s, you may be in luck as pristine conditions of the vintage Monopoly run for up to $100 a pop on eBay, netting you $83 given that a current copy of Monopoly is only $13.

Lauded as the godfather of trivia games, Trivial Pursuit was first released in 1979, with its popularity peaking in 1984 at over 20,000 copies sold. Poking at the inner trivia nut within us all, the board game has expanded to include trivia related to popular series, from Star Wars to Harry Potter, and even to different platforms such as video games and television shows. Though for some it took some restraint in their childhoods not to bite into the game’s cheeses, don’t hold back from selling your set—sets of the original Trivial Pursuit that are in good condition run from $40 to even $300 online at the time of this article’s writing while presently the board game can be bought from $20 to $40 depending on the edition.

The Game of Life

Created near the beginning of the Civil War Era, the Game of Life we know today wouldn’t be modernized until roughly 100 years later in 1960. Coming out of the ‘60s, the board game would continue to gain traction in popularity and sales, even leading to editions limited to specific countries, such as the Japanese Hello Kitty version in 1999, as well as unexpected collaborations such as the 2010 Rite Aid Pharmacy edition. While this board game attempts to put you through a simulation of life up until retirement, you can also opt to actually save up for your retirement by selling your copy: intact, vintage versions of The Game of Life can fetch a pretty penny from $30 to even $230. Given the fact that The Game of Life is available today through Steam for $5 to $25 for the actual board game, collectors and those who need some extra cash can greatly and financially benefit from keeping their old copies in spotless condition.

Requiring absolutely no decision-making or critical thinking skills, Mousetrap is a game that perfectly mixes teamwork and backstabbing in one game. While you initially work with teammates first to make a haphazard mousetrap, the game then pits you and your former teammates against each other to be the last one standing on the board. Compared to the original version, multiple revisions have been made to Mouse Trap’s gameplay, such as the addition of cheese pieces and more diversity in terms of how one can lose in the game. (e.g. A mousetrap mechanic that sets off randomly.)

If you happen to chance upon your original copy of Mouse Trap in the basement/attic, prices can go up to $150 for a US version of the game and even higher for a UK version at up to $250—a huge increase versus the modern version’s current value of $17.

Ever wanted to figure out a murder mystery but don’t want to get your hands too dirty? Clue has had everyone fascinated with the gruesome and digging up dirt since its birth in 1943. While this board game can be a hit-or-miss depending on the person, there’s no doubting its legacy—seven video games, a film, a television series, and one musical later the board game is still going strong, selling at least three million copies a year in over 73 different countries. Two notable editions that were produced in the ‘80s for the game were the 1986 and 1988 edition.

Receiving two name changes and inducted in the National Toy Hall of Fame in 2004, Scrabble is a timeless classic that pits your vocabulary and spelling knowledge against both family and friends alike. Most folks who grew up with this game can remember that a large part of the gameplay was dashing to a dictionary to make sure the word you put down is an actual word, but Scrabble also has a competitive following given its annual Scrabble Champions Tournament where the best spellers duke it out to see who is the ultimate Scrabbler. In terms of its ‘80s history, not only was Scrabble bought by Hasbro but it was also given a show by NBC that ran until 1993. Unsurprisingly, due to being a board game classic and so-far undying popularity, buying a Scrabble board game nowadays doesn’t even cost more than $10—however, if you happen to own one of the deluxe, rotating wooden Scrabble boards, you can easily earn up to $100 selling the board on auction sites such as eBay.

First released in 1974 and eventually spawning an outdoor as well as an arcade version, Connect Four’s gameplay is deceivingly simple: connect four discs in a row horizontally, vertically, and diagonally. Despite the straightforwardness of the game’s rules and the end goal, Connect Four was also used in a number of computer science studies—according to the Online Encyclopedia of Integer Sequences, there are 4,531,985,219,092 ways to win a Connect Four game if done by the classic 6-spaces tall and 7-spaces wide grid. Mathematics aside, you may be wondering as well how much your Connect Four set costs compared to the buying price of $14 for a recently produced Connect Four. Though older versions of the board game itself can be priced at a maximum of $60, the wooden outdoor version of this popular board game can sell for about $100.

Atlantis may be a city of myth, but for this board game, Atlantis is about to reach its demise and it’s up to the players to ferry the city’s population off the doomed island. Though recently released for its 30th anniversary as Survive: Escape from Atlantis, the board game was received well at its debut in 1982 that it was eventually ported over to Europe, Australia, and New Zealand in the late ‘80s. Despite the fact that this board game may be more of a nostalgic memory than a household name, interest in the game has drummed up since its 30th-anniversary version was released which is selling for roughly $40. Vintage copies of this board game that are in great condition are worth $70, and even more if you’re selling an edition from outside the US.

In a time period where instead of 3-D video games you had 3-D board games, Which Witch (US) or Ghost Castle (UK) was the closest you could get to a literal dungeon-crawling experience. First produced in 1970, this board game would later be sold as Haunted House and also received a Ghostbusters-themed makeover, tying in with the release 1986 of popular adaptation The Real Ghostbusters. While there are currently no price points for comparison as this board game is no longer being produced, Which Witch is still a classic of its own right due to its influential legacy, seen with more recent, popular board games such as Betrayal at House on the Hill. However, it’s safe to assume that your copy of the game, pre-owned or sealed, will bring in some cash: an already used copy of Which Witch/Ghost Castle can bring in $80 to $175 while a sealed, never opened copy is worth as much as $280.